Shopping Cart
Your Cart is Empty
Quantity:
Subtotal
Taxes
Shipping
Total
There was an error with PayPalClick here to try again

Thank you for your business!You should be receiving an order confirmation from Paypal shortly.Exit Shopping Cart

In this prediction I was put on the spot by a cynical Tony Fenton. He asked me what track he was going to play next *if I was so psychic.* This might be the one time I have almost freaked myself out! I was sitting in my work space miles away from the studio, and had never listened to his show (so I was not remotely aware of his play lists).

It's a Beautiful Day!

Six Out of SIX

There were many media write ups of the Six out of Six prediction I made for Simon Cowell's Irish Pop Stars competition. I read for the final 32 kids in this contest in October, and then wrote six names in an envelope the next morning. At least I got a night to sleep on it. But I was isolated in my room with no outside contact or extra information. The envelope was filmed from distance with only the camera man and producer in the room.

No one knew the contents of the envelope but me. I told no one.

The envelope was eventually opened early the following year once all the decisions had been made. The judges had wanted Nadine Coyle in the line up. Even though I could tell she was one of the most talented singers there, she was not in my envelope. I knew she would initially be picked, but something did not feel right with her and my stomach sank when she sat down with me. There was an *off-whack* feeling.

Nadine's replacement WAS in my envelope. As the reality show unfolded it was randomly found that Nadine was underage and had mislead the judges about her status. She should never have put herself forward for the contest.

This whole drama was absolutely NOT a set up, as some people initially thought. I wrote the names in a second sealed envelope, and secured that in the local bank, just in case there was any funny business with the *reveal.* It turned out that this was the event that was to propel me into the lime light. It got attention. How could anyone have known this?

All I can say is I was prompted with clarity in the moment I wrote those names. It felt powerful and clear. It is this focus that I now like to bring to the table to help my clients, with accurate tangible, useful advice.

Extract from Mermaid in The Kitchen ~

*I was delighted to read on the day after the match in question, that the lads had had a laugh about Paul's determination to play. So determined was Paul that he called in a strange blonde psychic to help him get match fit. As Donncha said in his Ireland on Sunday column, "Paul will do anything within his means to get ready for work, and if that means forty minutes with a new age hippy so be it." Fair play to Paul for taking a chance, and being so open. Needs must. It says a lot about him as a guy that he would be open to trying such a thing. To set himself up for merry ridicule from his team mates, shows the metal of the man. Perhaps Superman really does exist in the fine form of Paul O'Connell.

It is a validation of the link we made that Paul's performance in the Scottish game proved to be so crucial. I had told Paul with certainty on the Tuesday night that he would play. It turned out he was even named man of the match against all the odds. I am only sorry for Donncha that Paul's recovery put him back on the benches and out of a job for the night. Still I am very glad to have helped in some way.

I had been touched that Donncha, The Gentle Giant, had really grasped what my work was about. True, he wrote up quite a jokey account of Paul's healing, and my subsequent apology to him. But I thought that took a rare humility from such a hunky macho guy. Donncha has such a strong work ethic himself, that I am sure he was miffed that I put him back on the benches by helping Paul. But I did apologise, and he was gracious enough to say that the

"more able bodies there are in the team the better."

Donncha did get his karmic reward shortly afterwards, when Malcolm O'Kelly's injury problems paved the way for him to get some match time*.... cont'd

This prediction enabled a few people to get a winning bet on Brazil winning The World Cup, and England losing 2:1 to Brazil in the earlier stages of the competition.

The newspaper received a letter from a reader who had donated their winnings to his favourite charity.

This article in the Sports Pages of The Irish Independent Newspaper is funny. It calls me the *woman who single-handedly returned Paul O' Connell to full fitness, and delivered Ireland a Triple Crown.* NO pressure!

*I had explained to Gary who I was, and that both my brother and father were doctors, so I fully understood medical pragmatism regarding such things. For what it was worth, I told Gary that my father had to attend the Bristol student rugby sessions as part of his work remit for Bristol University. He seemed to like this story, and interestingly he was refreshingly open to an alternative approach, so long as I was not going to stick any needles in Paul. I had not realised that Paul O'Connell was indeed such a key player, and I think at that point, they were so keen for him to play Saturday that they would have tried anything. They did. What is more it worked. *

You know you have gotten under the skin of the skeptics when the acerbic Ian O'Doherty covers your story; and turns out to be wrong! Oops.

Ian's column I-Spy, to be fair, usually WAS correct on its commentary.

Not this time though. I was correct. Psychics 1: Skeptics 0 etc.

Somewhat against odds, the Leinster V Munster show down was INDEED a Munster win,

as I had been predicting for some time.

Munster WERE destined to WIN The European Cup Final ~ and I told them so!

Unofficial Tipster and Healer for The Irish Rugby Team

Extract from Mermaid in The Kitchen ~

*I was regularly consulted for match predictions, and even asked to give an assessment about how a match would play out. I became the predictor of outcomes. I was consulted by journalists about politics, elections, celebrities and sports stars. I was the Sarah who had Stars In Her Eyes. But one thing is for sure. I was taken seriously. My healing of Paul O' Connell made the papers quickly, and against the odds Paul played the Scottish match on Saturday. He was not fit to play this only a few days before. Seemingly in an odd twist of fate, I was the factor that made this possible. Or, I should say God using me as a channel made it possible. I had nothing to do with it. I listened, and followed the command. There may have been a lot of amusing locker room talk about the strange psychic lady. But in the hotel, I even had the coaches of the Irish Rugby Team walking up to me for predictions, insights and tips. I was obviously a source of amusement for them all, as well as delivering food for thought intermittently....*

* Literally the Irish Team were about to get on the coach to go begin the journey to Cardiff for the final show down against Wales. A few of us were in the computer room talking horses; not a word to the IRFU. I tipped them a fourteen-to-one horse for the race at four thirty. Mick O' Driscoll wanted a demonstration and set me a challenge. He did not believe it possible to psychically pick out horses or winning teams etc. I had already relayed the most important message of the day to Ronan, that he was going to clinch The Championship for the team. But Ronan was at that point primed to back the horse too it seemed. He scuttled down the corridor on his phone, possibly to catch the tip. Equally he may of course been chatting to his lovely wife Jessica. Ronan by his own admission loves the horses, and even owns a couple at this stage I believe. Of course the tipped horse ran in a winner right on cue. But I did not get so much as lunch that time by way of thanks. Any guy who had overheard that tip could have made thousands from the information. At least it all showed I was becoming quite a useful tipster, and gave me something to keep up my sleeve for a rainy day....*

Extract from Mermaid in The Kitchen ~ available here

More where that came from ~

I have boxes of this stuff, so might take a while to upload selectively! Keep an eye out on the web site for further updates, and if you want a reading or some other service have a look through the web store for what grabs your attention.

Do email me if you have any further questions ~ [email protected] 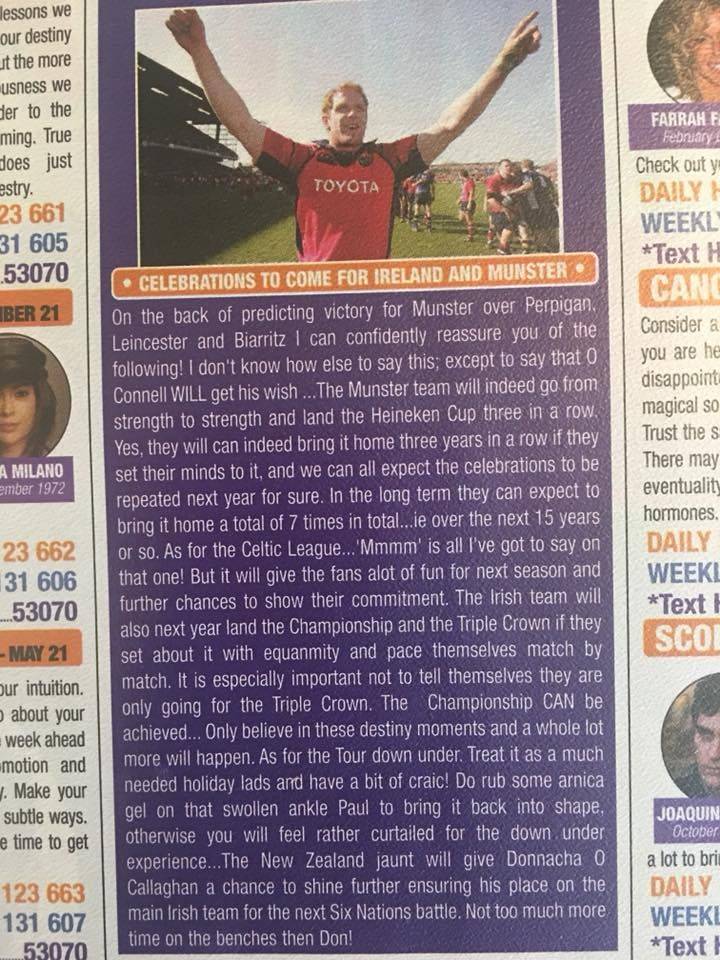 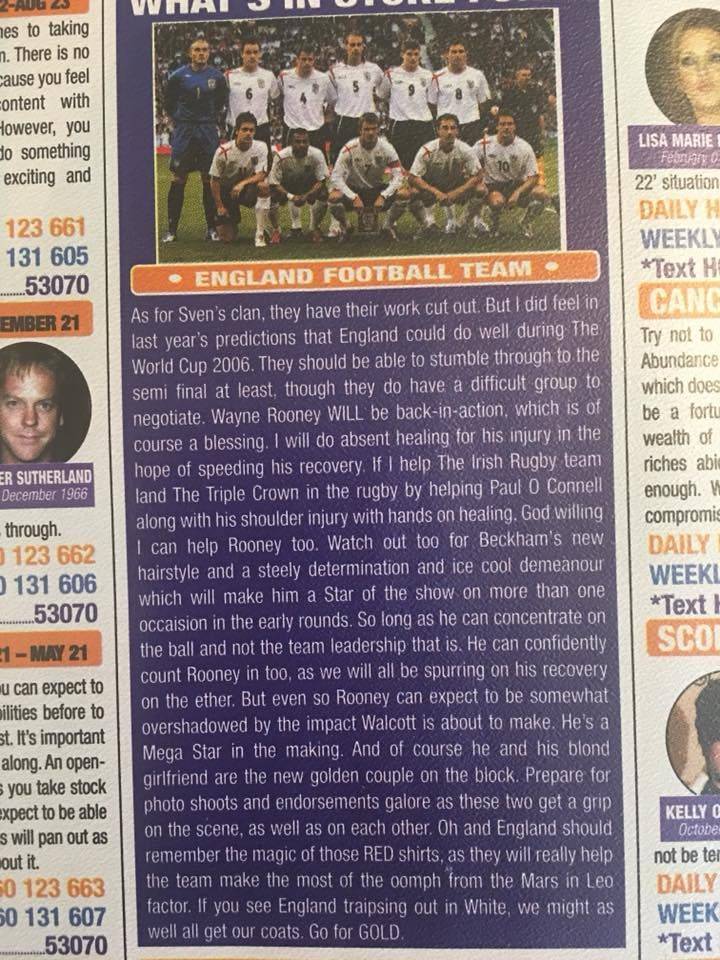 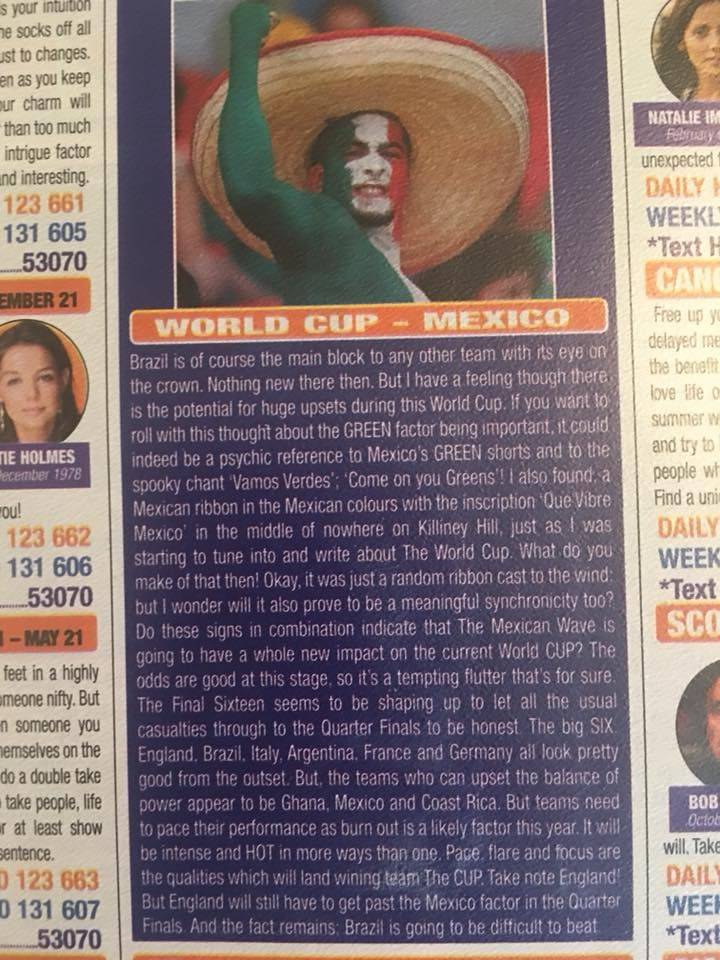 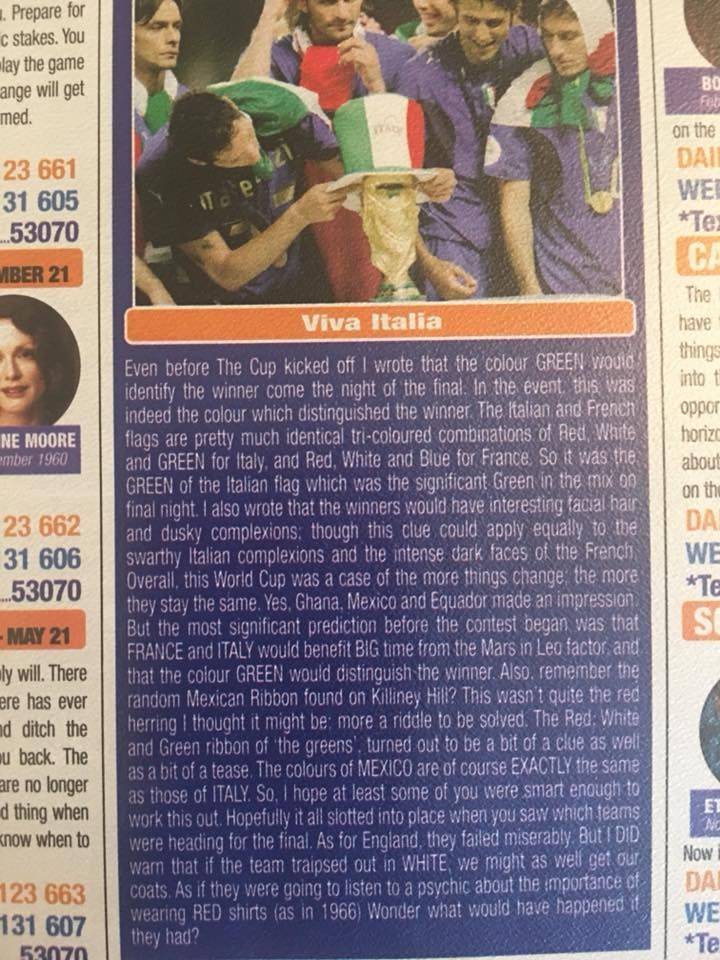 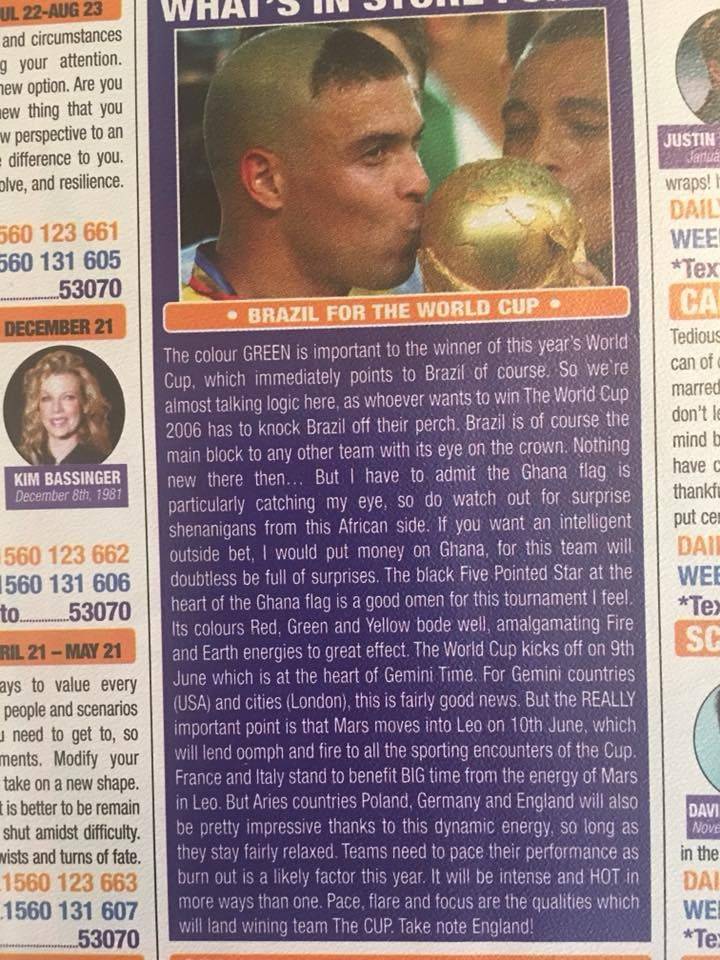 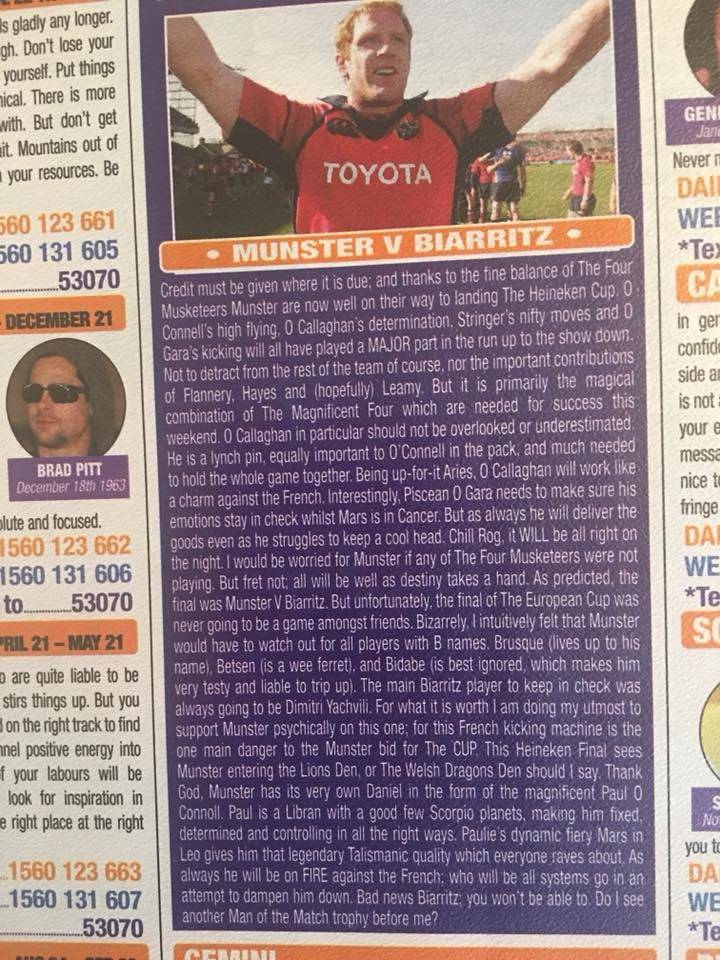 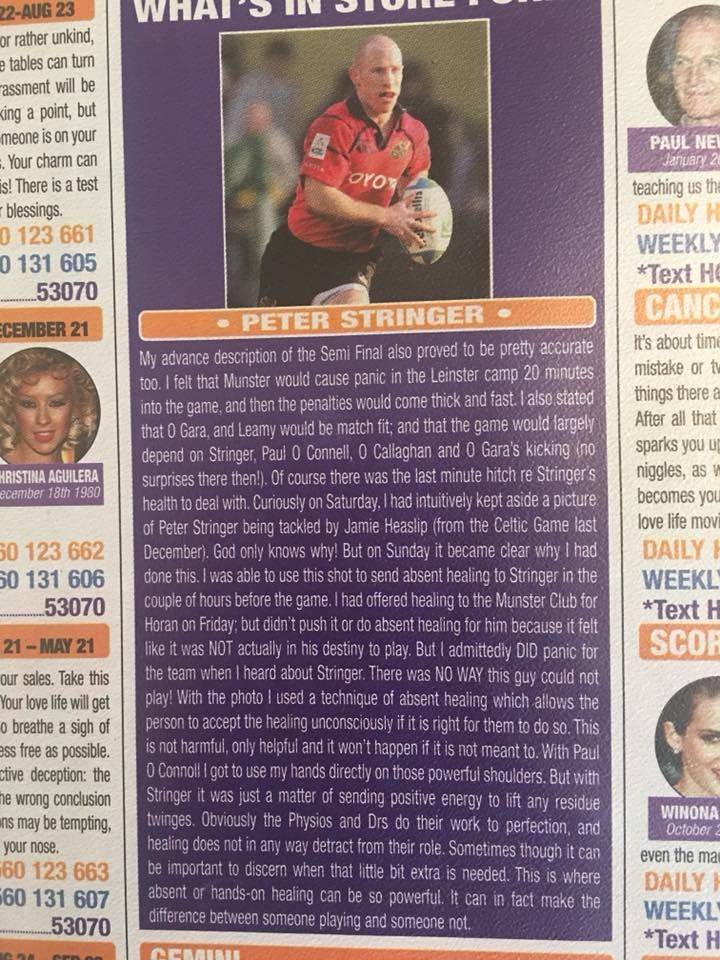 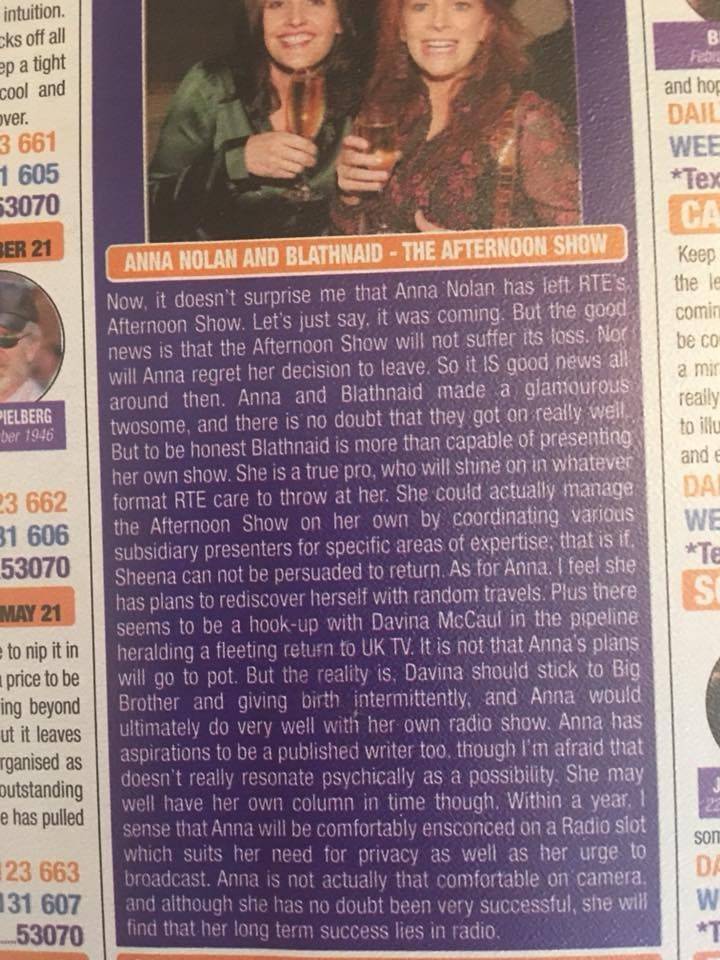 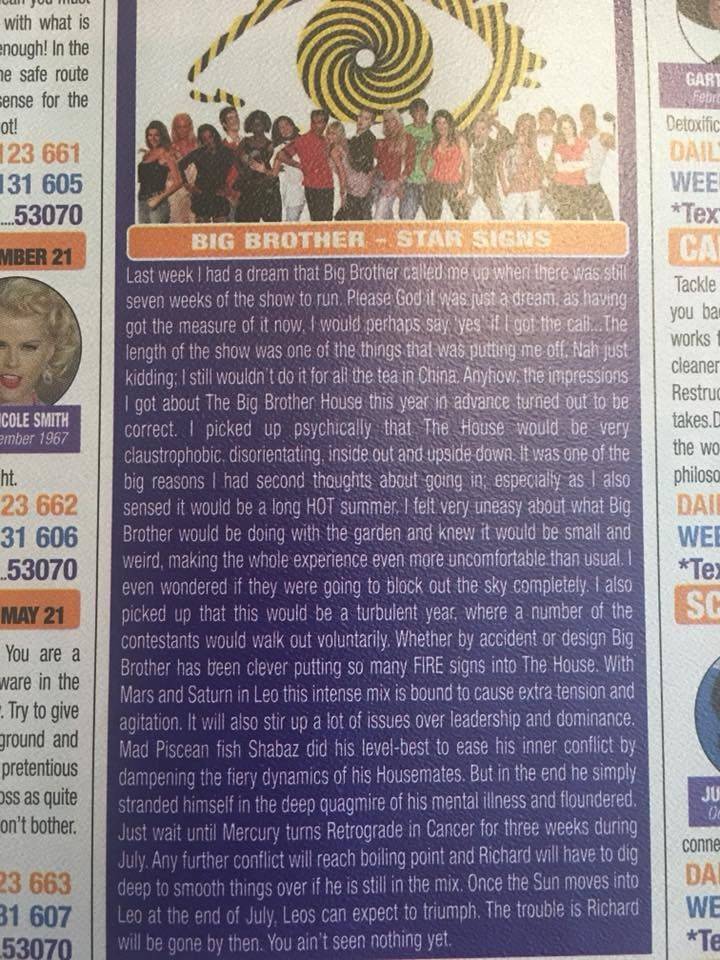 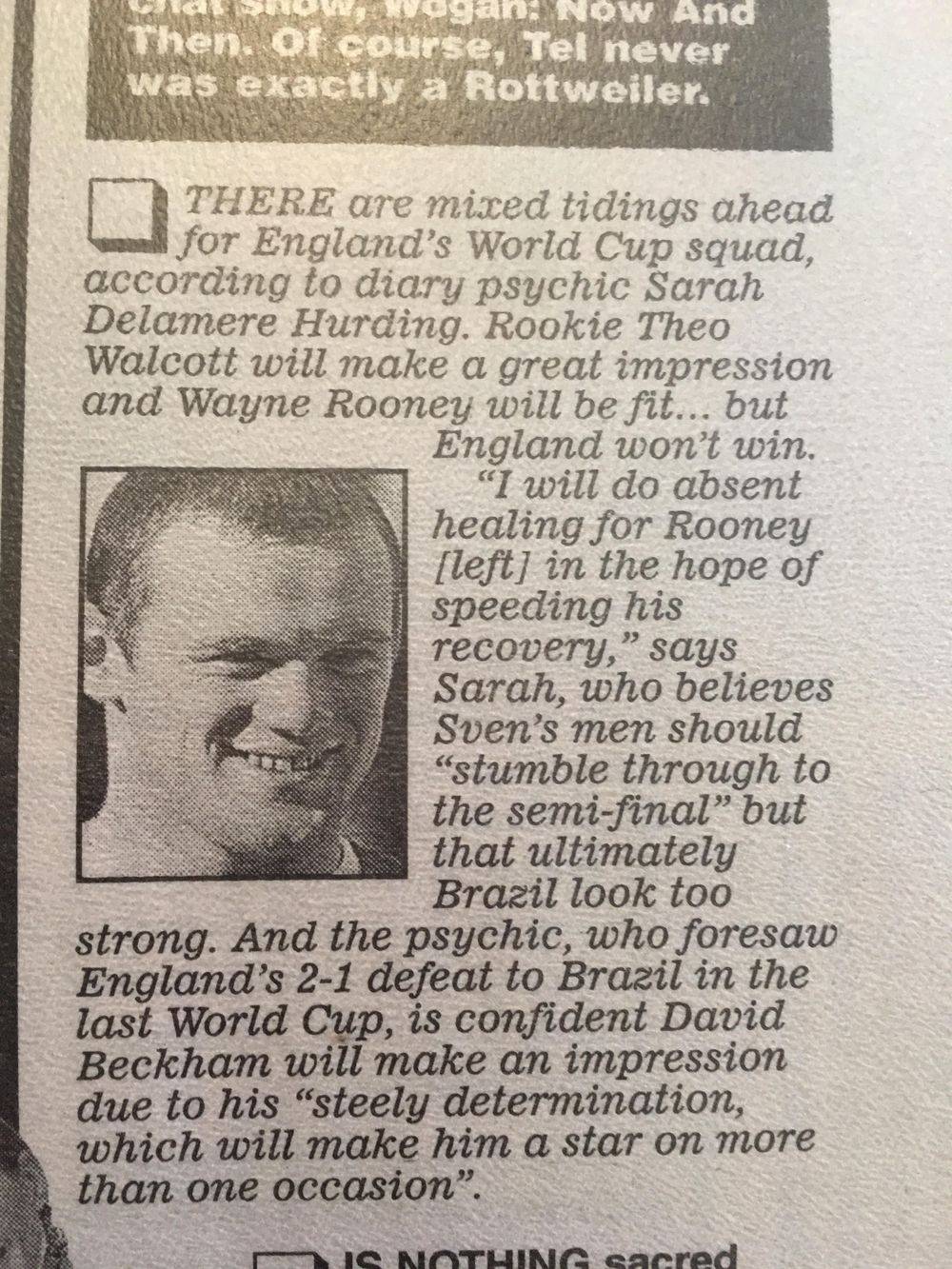 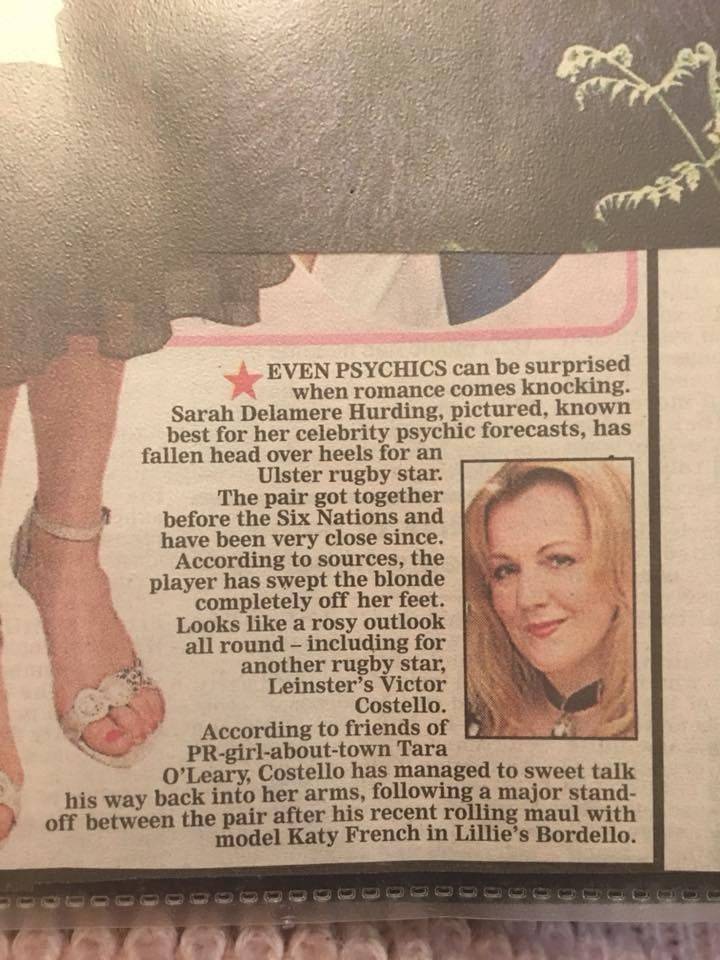 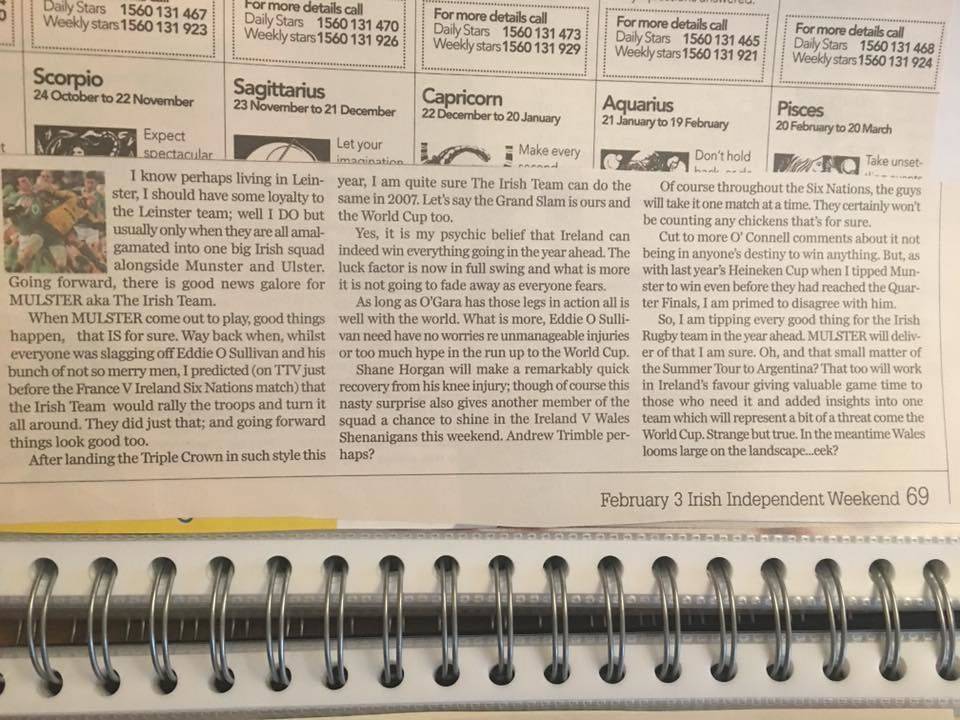 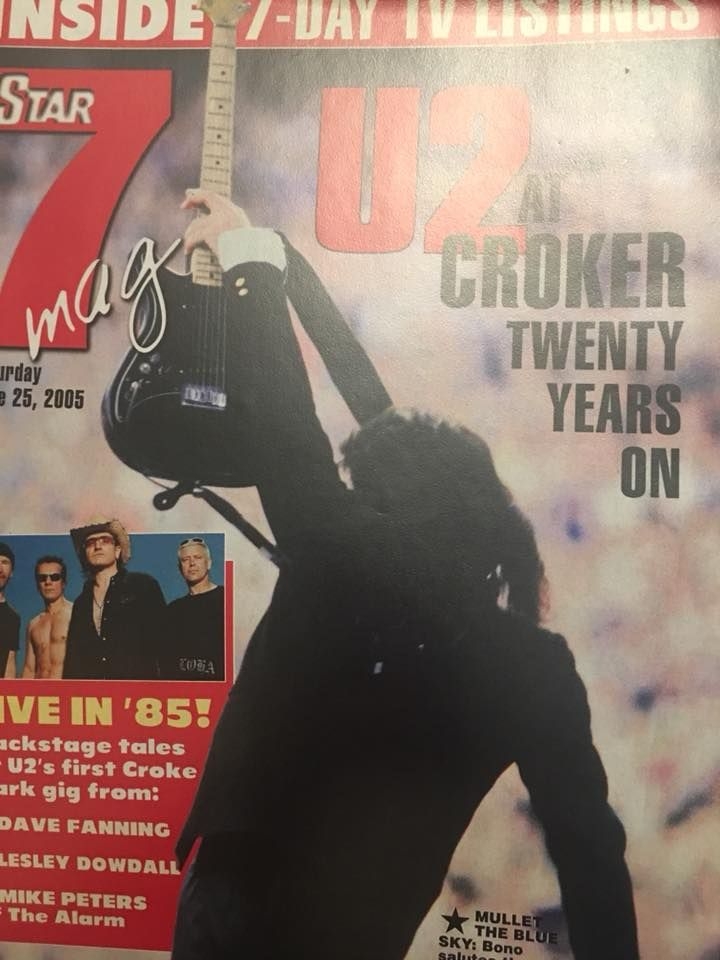 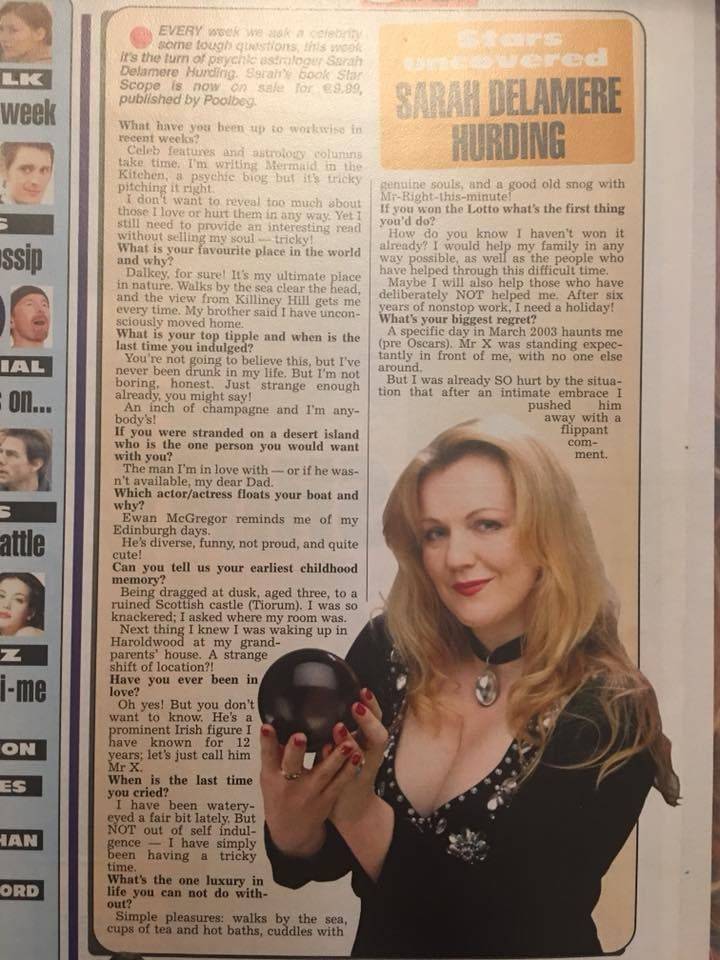 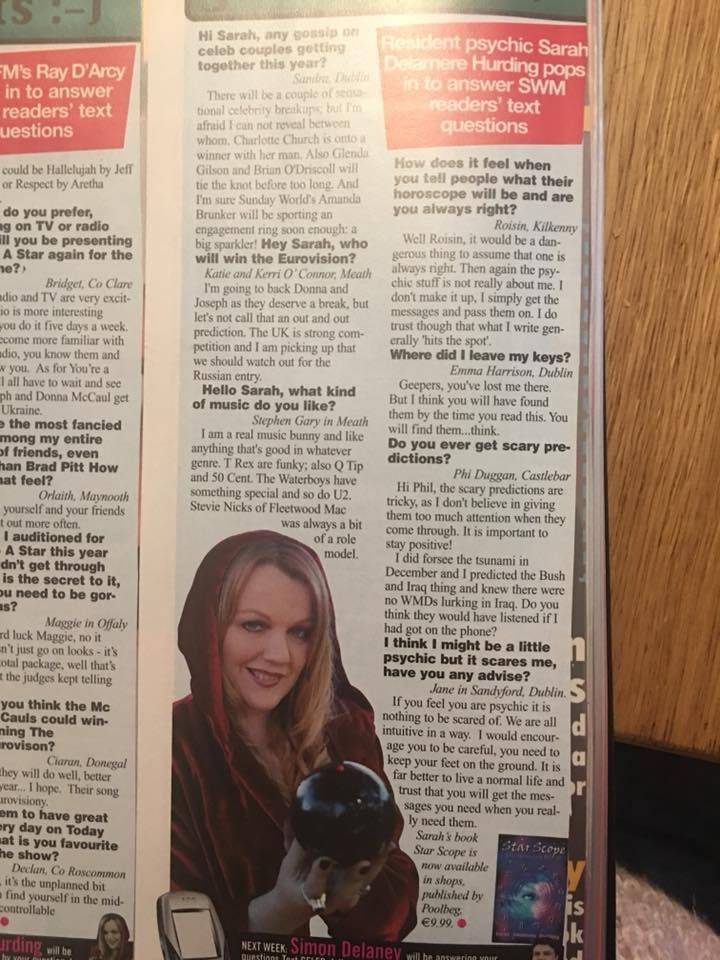 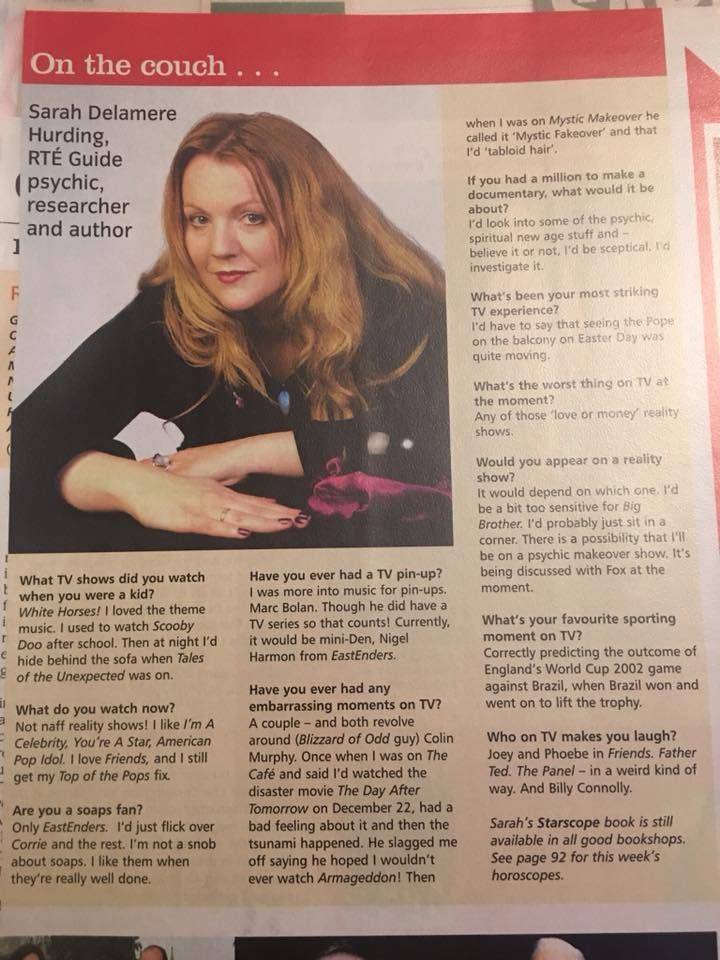 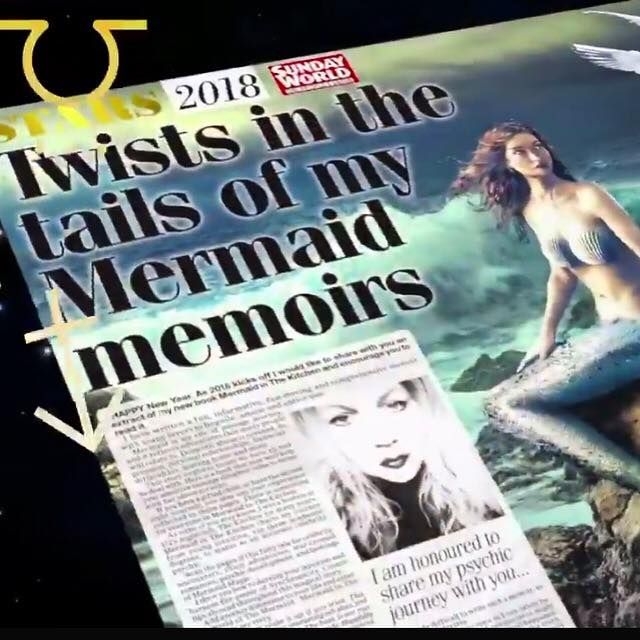 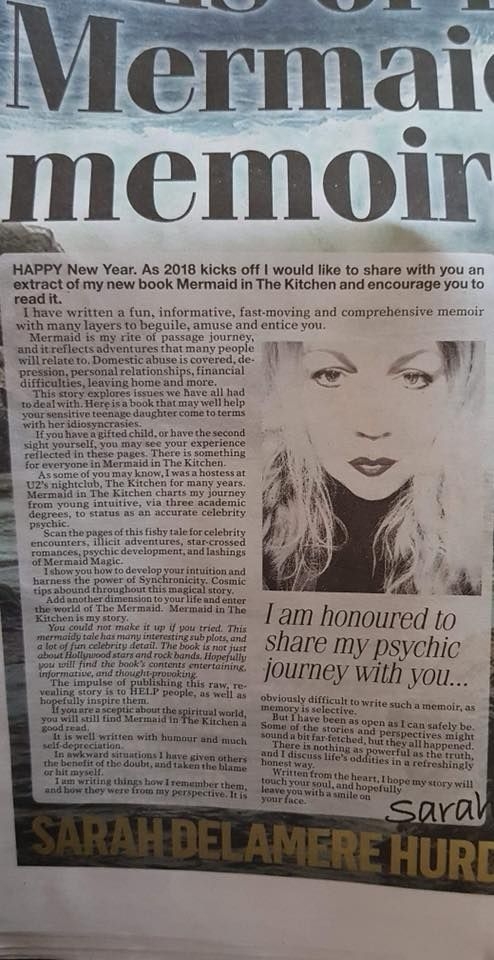 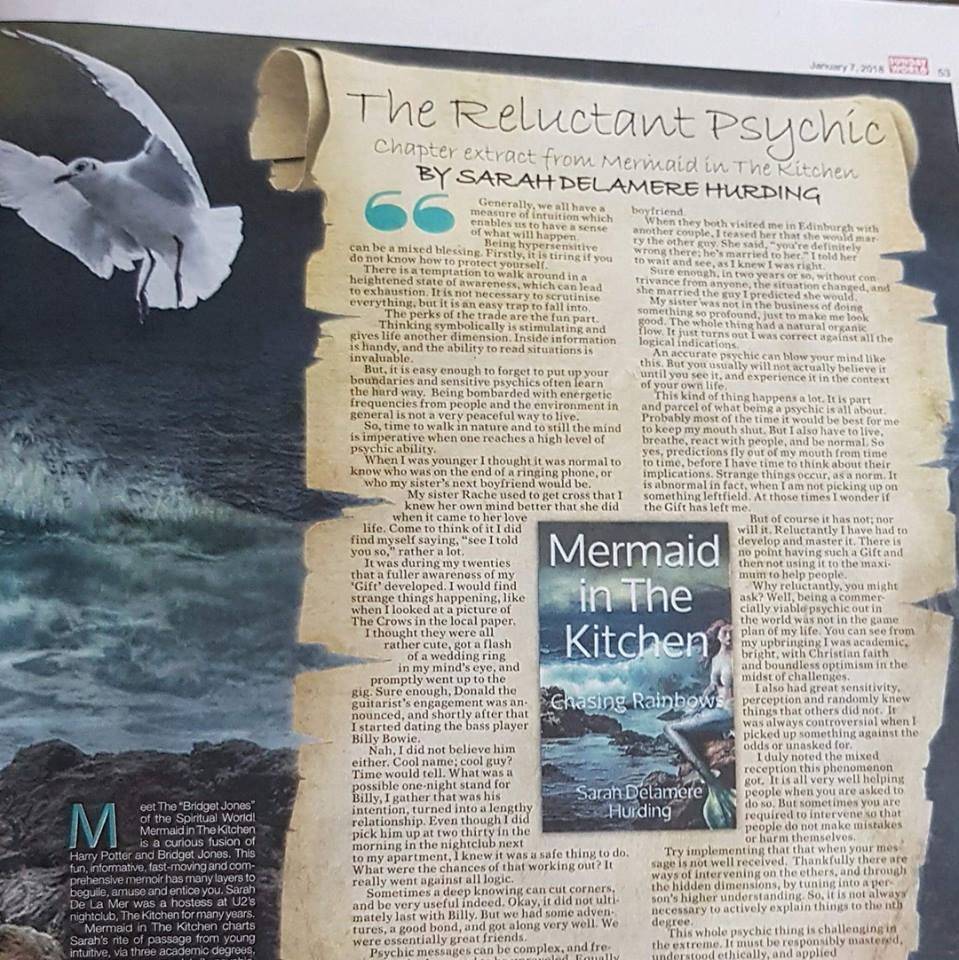 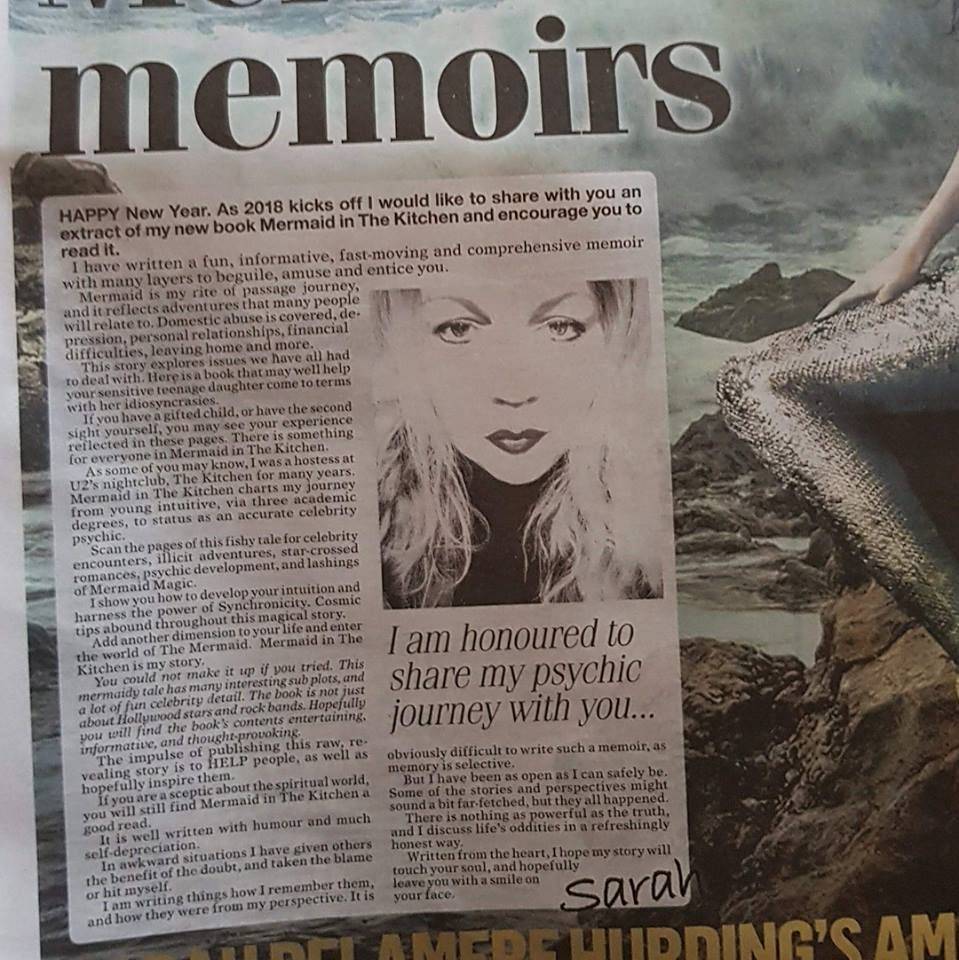 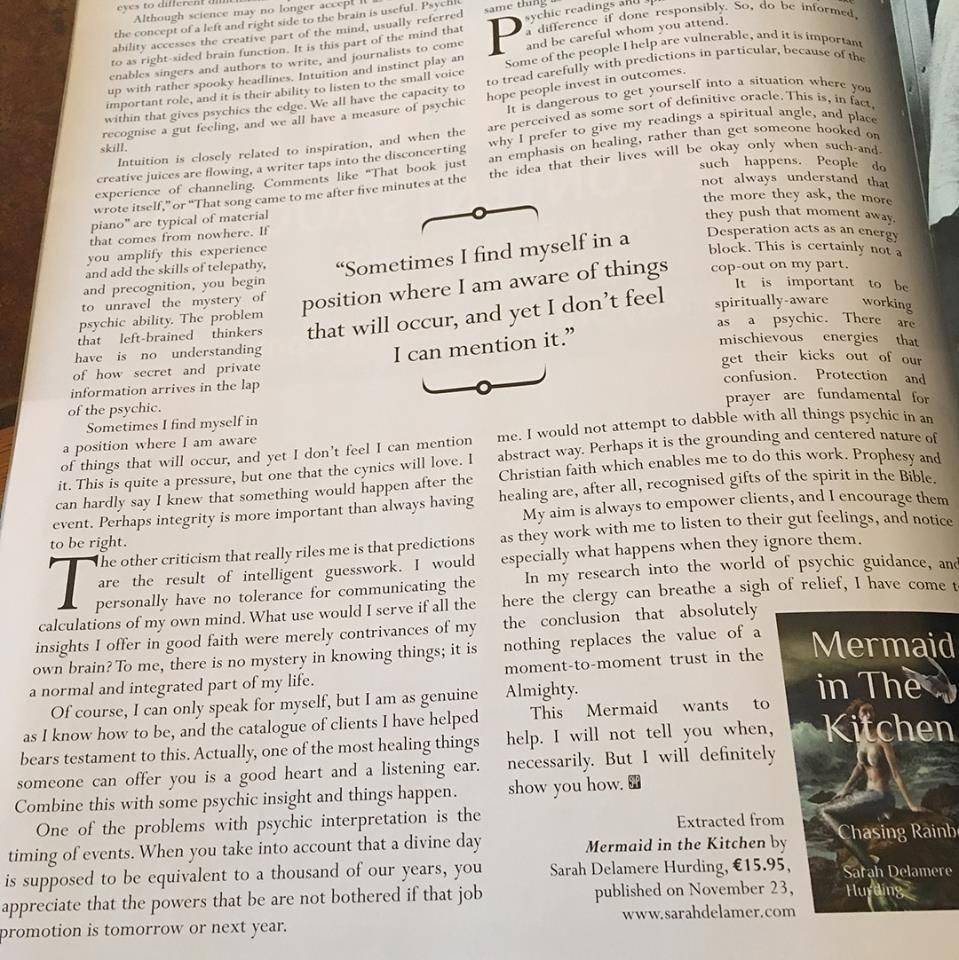 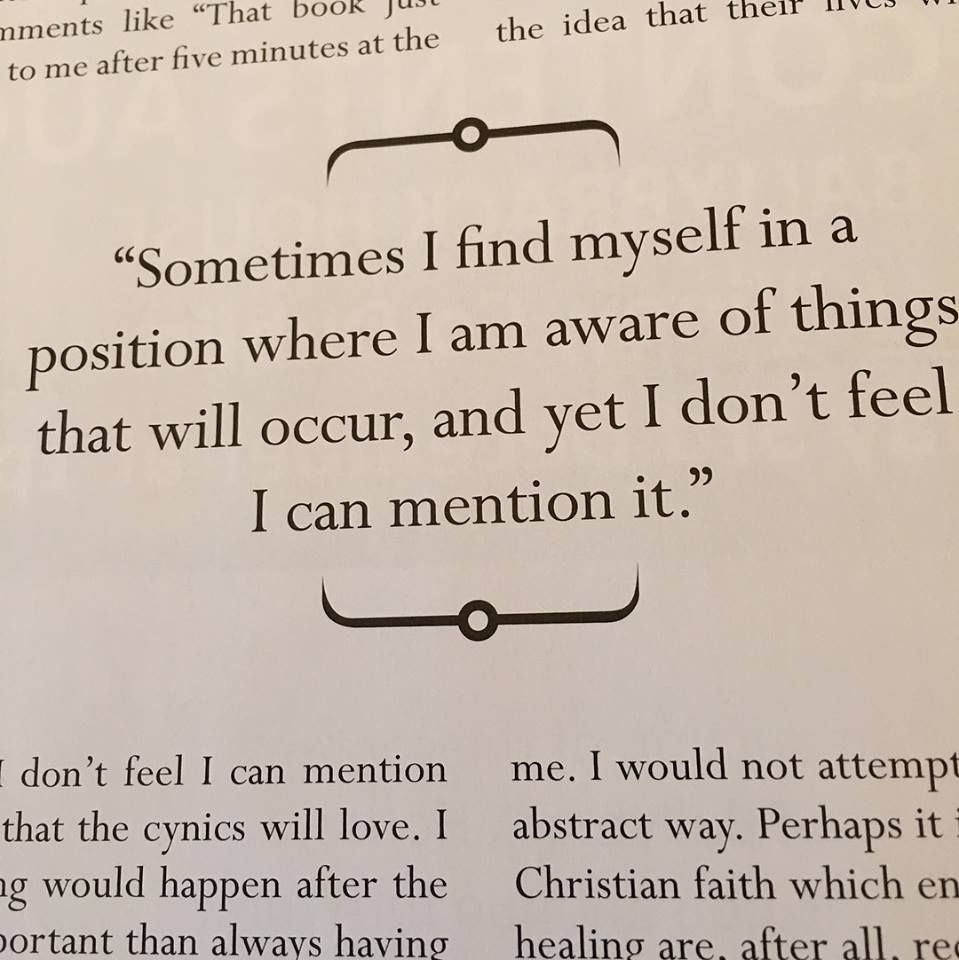 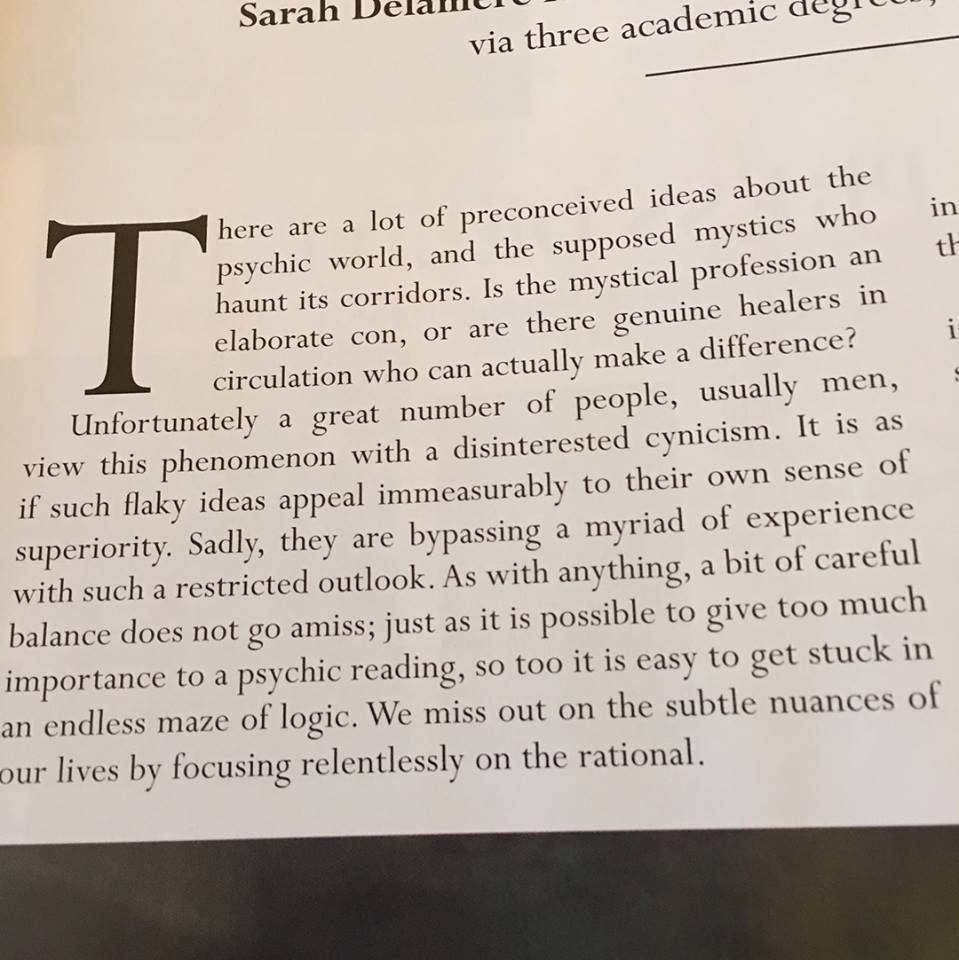